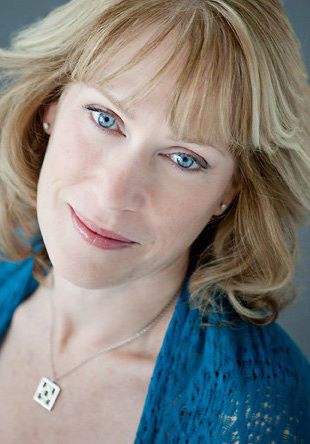 Jane Elliott has been the owner and director of Ballet Etc… for the past 20 years. Dancing since the age of 4, Jane attended the National Ballet School in Toronto for more than 5 years beginning at the age of 9. During this time, Jane toured with the National Ballet of Canada’s Nutcracker and was also a summer student at the Banff School of the arts twice. Upon returning to St.Catharines, Jane attended Grantham High School and taught for the Marian Macpherson School of Ballet, which she subsequently purchased and is now Ballet Etc… Jane is an honours graduate from the Dance and Performing Arts program at George Brown College in Toronto under the direction of Lois Smith and Nadia Potts and has attended numerous teacher training workshops including those offered at the National Ballet School. Since retiring as a professional dancer in 1989, Jane has focussed on teaching and her family. Sharing her knowledge and love of dance has been her priority for more than 27 years. Providing quality dance education in a caring and structured environment is the goal of the studio and all of it’s staff. The art of dance truly can give each child “ Grace To Last a Lifetime”. 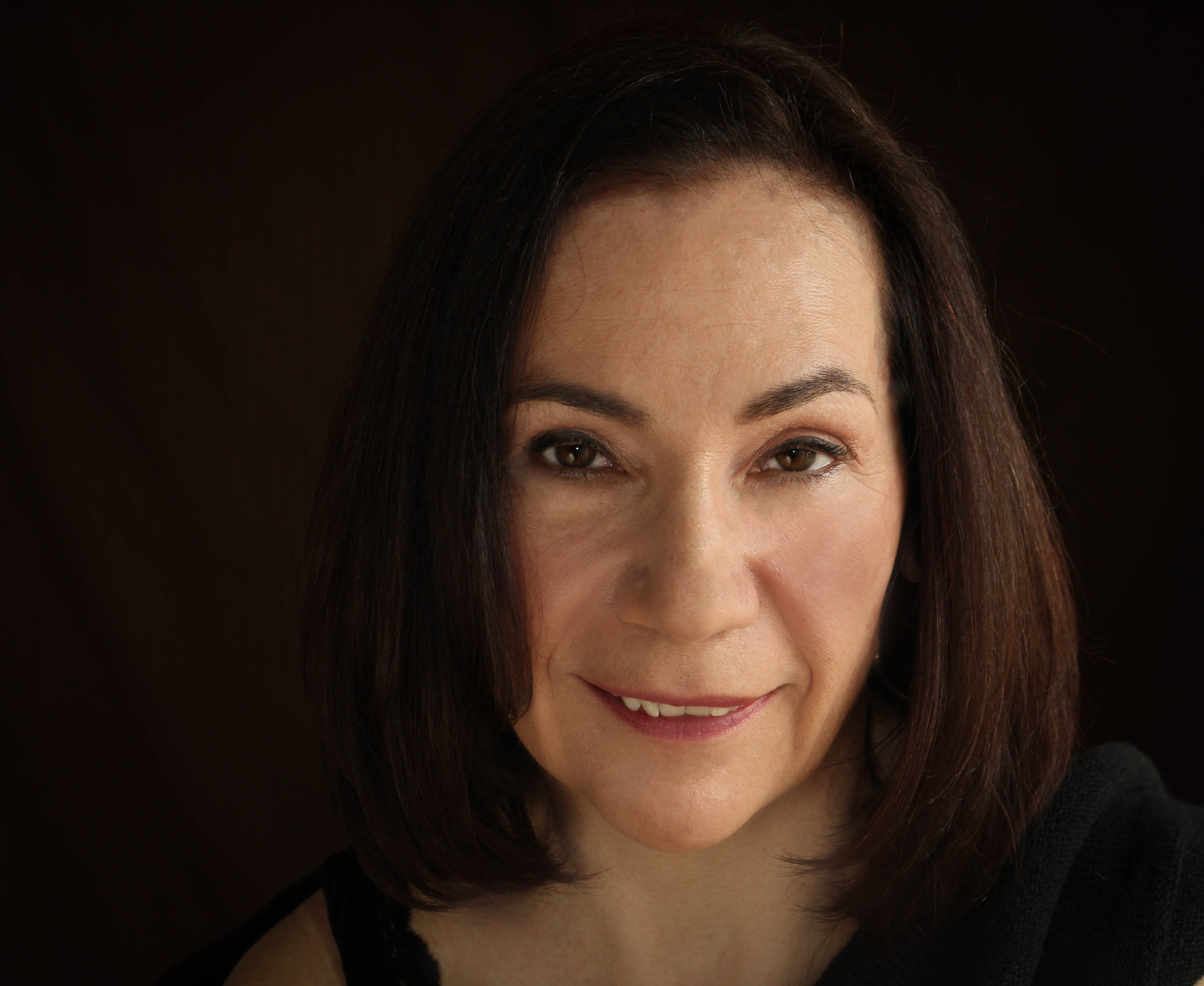 Since graduating from the National Ballet School teacher’s program, Eva Romanowski-Annett has committed herself to the art of teaching dance. Appreciating all dance forms, she has been on staff at Ballet Etc for over 27 years, teaching ballet, pointe, creative dance and modern. She has also taught dance in the Fine Arts department at Brock University. As former chair of the Ontario provincial branch of the Cecchetti Society of Canada, Eva has tried to foster the Cecchetti method, training students in their examinations ranging from Standards to Majors levels. She has also had the privilege of teaching at various workshops in Southern Ontario. Willing to learn as she is teaching, Eva continues to further her own development by attending workshops throughout Canada. Throughout her training, she has valued good teachers who inspire. Eva hopes to continue that same tradition with her students, providing them with the tools to be the best they can be.

Rachel Spencer has been on staff with Ballet Etc… since its opening in 1995.  She enjoys teaching ballet, jazz,

Known for pushing the boundaries in both choreography and in the expectations of her students, her approach has afforded students the catalyst to their own professional careers in the dance world.  Branching out beyond the studio setting, her versatile teaching reputation has allowed her the opportunity to share her love of dance in the classrooms of the District School Board of Niagara for over 10 years.

Rachel is dedicated to bringing enthusiasm and creativity to each class; fostering an environment where each student can develop respect and love of dance, themselves and the world around them. 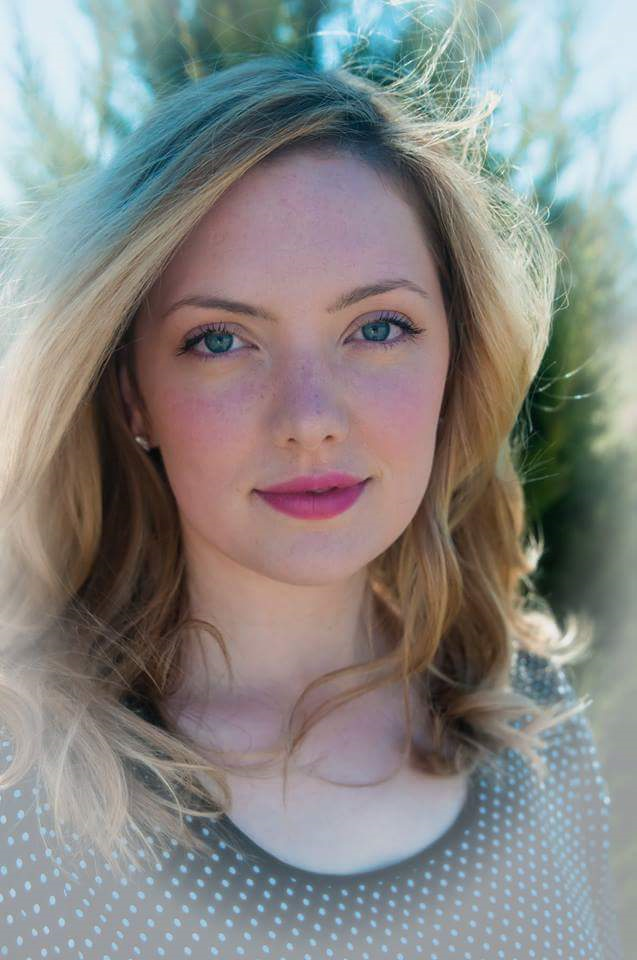 Sarah Kirkness has studied many dance forms since the age of 3 and has developed an enthusiastic, musical and detailed approach to teaching. Sarah began her training in her home town of St. Catharines at The Marion McPherson School of Ballet (now Ballet Etc…) as a child and has continued to increase her knowledge of performing art at the Canadian Children’s Dance Theatre, Ryerson University (Professional Dance Program), and the Teacher Training Program at Canada’s National Ballet School, among others. Earning numerous awards and accolades from the competitive dance circuit, she is now a teacher and mentor to students at schools in St. Catharines. Sarah is an Associate to the Imperial Society of Teachers of Dancing and the Cecchetti Society of Canada. She has a passion to share the gifts of dance and music with children as each new encounter in her dancing inspires her to teach and share with her students as much as she can about how the body moves and expresses! 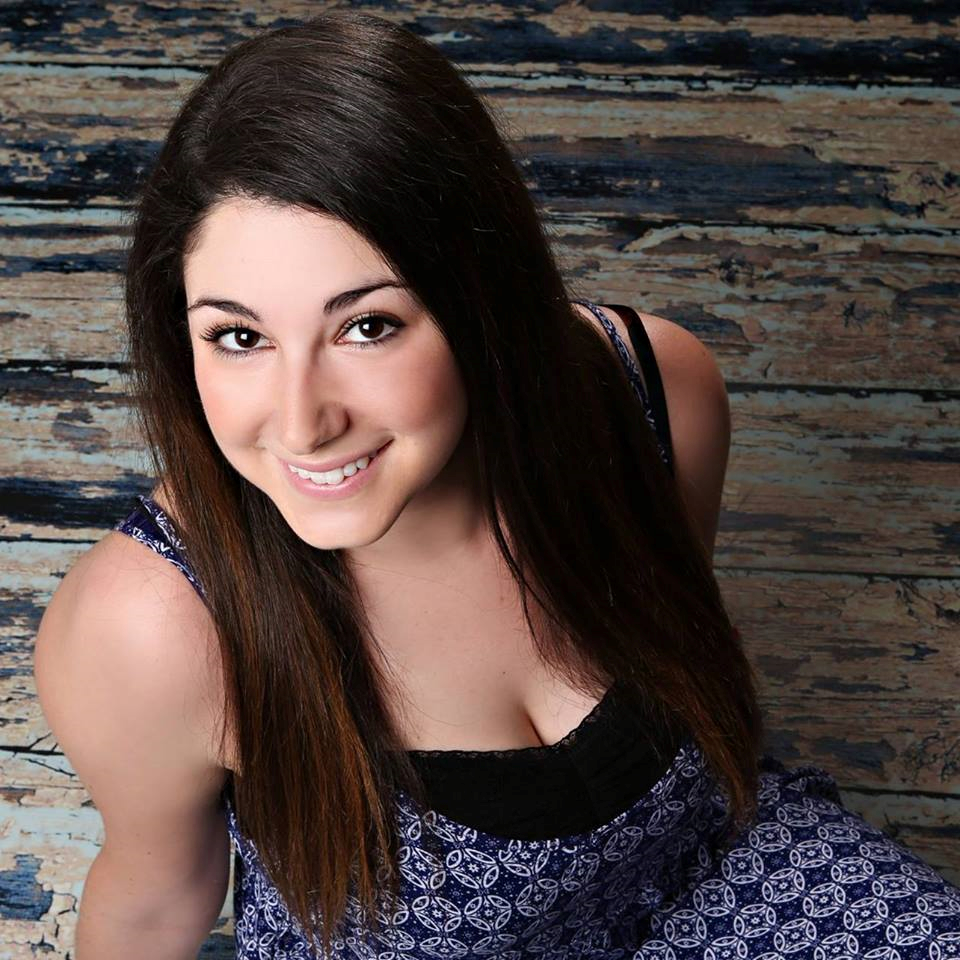 Melissa Bock has been dancing since the age of four at the Burlington of Studio Dance. She has trained in several dance disciplines: studying ballet, jazz, contemporary, musical theatre, and many more artistic styles. As a competitive & recreational teacher/choreographer Melissa has found her strength in contemporary, lyrical and jazz genres. Being recognized with judges choice awards,  overall titles, scholarships, choreography choice awards as well as a Young Choreographer Award.

Through her training Melissa has successfully attained her C.D.T.A. Jazz examinations with honours and obtained her full Teacher’s Certificate in Jazz from the Canadian Dance Teachers Association. Melissa has also obtained a B.A. from Wilfrid Laurier University in Contemporary Studies. Being able to study in both the academic and artistic world  has helped round Melissa into the teacher she has become today.

Melissa is a new faculty member of Ballet Etc. and couldn’t be happier to join the BE family! She is hoping to bring the genre of contemporary and improv into the BE curriculum in the 2015/2016 season. Melissa strives to instill an artistic appreciation in her students where ever she teaches. Helping them fully understand the true art and expression of dance. 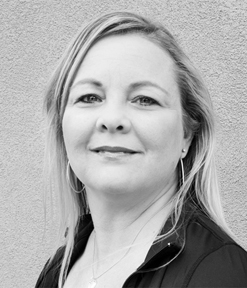 Kim Franic began her dance career at the age of 4. By the age of 8, she was a competitive soloist and group dancer. She represented Canada at the world level, bringing home many awards and participating in guest appearances. Kim was also graded under the RDA in Tap & Jazz and Highland SDTA. It was during her experience as a Teacher’s Assistant in her teen years that Kim decided teaching dance was her passion. She pursued dance studies at York University, Ballet Jorgen, Randolf Academy as well as countless conventions and workshops. Kim’s well-rounded dance training consists of tap, jazz, musical theatre, baton, ballet, modern, and highland dance. In 1995, Kim returned to Niagara to bring her love of dance to her community –teaching recreational and competitive classes. She founded Niagara’s Twirling Maple Leafs and became a member of TU and NBTA. In recent years, Kim has volunteered her time to teach dance at local elementary schools, youth groups, as well as assisting with school musical productions. Kim has been on staff at Ballet Etc… for the past 6 years, and she continues to enjoy inspiring today’s dancers. 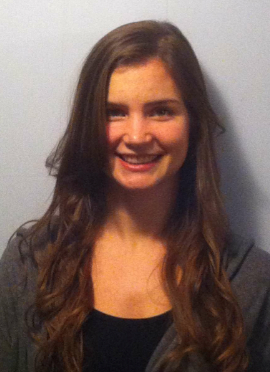 Elisabeth Wiens has been a part of the Ballet Etc… family for over 15 years. She danced for the Ballet Etc… competitive team for 10 years, and after graduation, continued to compete at the university level. Elisabeth completed her Bachelor of Science Kinesiology at Brock University and Masters of Physiotherapy at McMaster University. She is currently working as a physiotherapist in the community, and has been teaching dance for the past 6 years. Elisabeth loves to share her passion for dance and inspire children to explore their creativity. 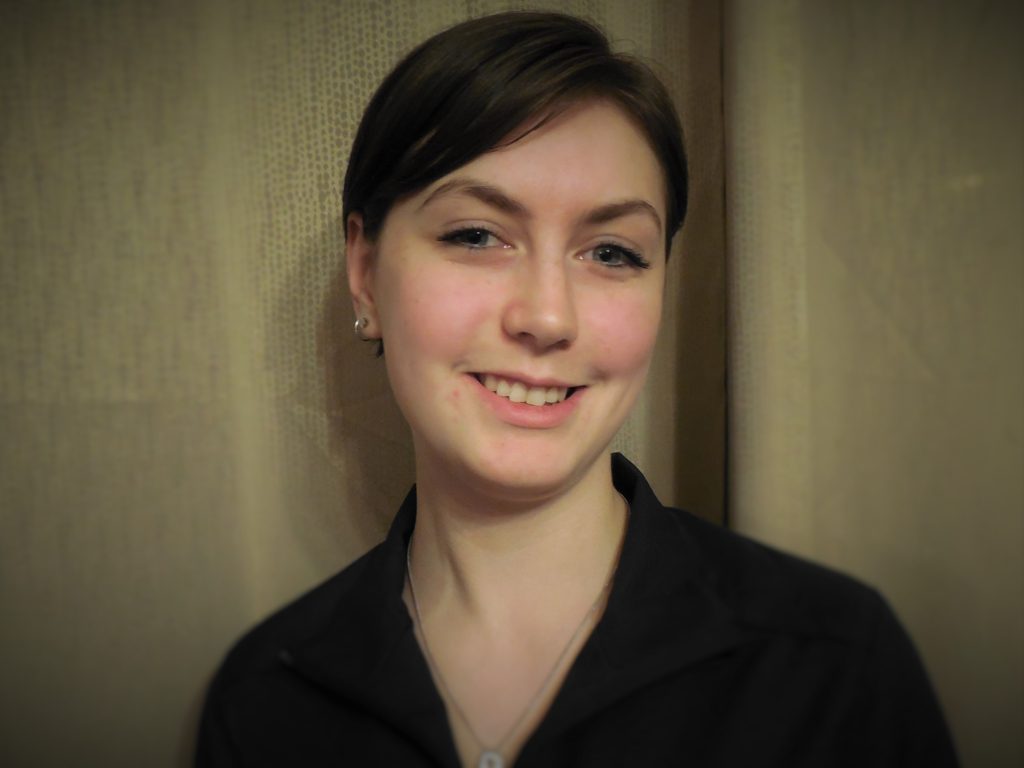 Emily Atkinson began her dance career at the age of three, exploring many dance disciplines.  She has trained in both the Russian and Cecchetti methods of ballet at a variety of studios.  Her early dance days were spent at Sudbury School of Dance, moving at the age of eight she began studies at Dancemakerz in Waterdown and finally at the age of twelve began her journey in the Ballet Etc… family.  As a member of the performance dance team Emily won accolades and recognition for the studio particularly in pointe.  Her passion for dance is the driving force behind her everyday life and she hopes to instill this same passion and dedication to learning the technique and art form that allows a dancer to soar with confidence, grace and respect. Emily has completed both Russian and Cecchetti Syllabus exams, most recently completing her Advanced one ballet exam; the second majors exam in the Cecchetti method.  Emily has previously graduated from the Fitness and Health Promotion program at Niagara College and obtained a national certification as a CSEP-CPT (certified personal trainer under the regulating body of Canadian Society for Exercise Physiology).   Now in pursuit of a Bachelor’s degree of Kinesiology she hopes to teach dancers not only the fundamentals and passion of dance, but to help them do so safely through cross training and conditioning to become more aware of their bodies and inspire them to express themselves through movement in new and astounding ways! 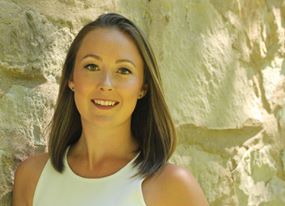 In 2013, Sarah completed her Honours Bachelor of Fine Arts in Performance Dance from York University where she received extensive professional training. Sarah has her Cecchetti Associated as well as her certification in the Progressing Ballet Technique and Conditioning with Imagery by Donna Krasnow.
Sarah has learned and worked alongside credited artists and teachers within the dance community including: Robert Desrosiers, Jeff Dimitriou, Everett Smith, Luther Brown, Robert Glumbek, Roberto Campenella, Leon Blackwood, Tracey Norman, Tanya Evidente, John Ottman, Donna Krasnow, Julia Sasso and Helen Jones .Some of her credits include Warehouse 13, Reign, Shawn Desman, Hedley, What’sOn!?TAP!/Kim Chalovich, The Kiev Ballet/Vitek Wincenza, BringingTapBack/Everett Smith, the Gilda’s Club Variety Show as well as both the Toronto and Hamilton Fringe Festivals.

Sarah is a founding member of Half Second Echo a Toronto based dance collective and also a regular performer and workshop facilitator with the Hamilton based To The Pointe Dance Project. Sarah currently works for the CFL as the Head Coach of the Hamilton Tiger Cats UpRoar Performance Team. Sarah’s choreography can be seen professionally as well as on the competitive circuit across Canada. 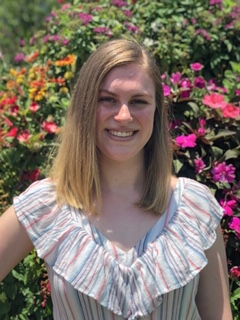 Jade Taylor began dancing at Ballet Etc… at the age of three and her love of dance has continued to grow over the years. She has trained in Ballet, Jazz, Lyrical, Tap, Hip-Hop, Pointe and Contemporary/Modern. Jade has competed at both regional and national competitions in Canada, the United States, Mexico, and Australia, receiving a variety of accolades. She has always enjoyed expanding her knowledge of dance by participating in various workshops and performance opportunities. Jade trained in Cecchetti ballet, most recently completing her Cecchetti Major’s Advanced I exam. Since going to university, Jade has participated in a variety of dance performances for the University of Calgary. In Calgary, she was a part of Illfx Hip-Hop Crew; with Illfx they won the Monsters Hip Hop competition in California, won first overall at Artists Emerge in Vancouver and she performed with Paula Abdul at WE Day. While studying abroad in Australia, Jade was a part of Society Hip-Hop Crew; with Society, they won awards at Hip Hop International in Perth and Revolution International in Melbourne. Jade is currently completing her last semester for a double major Bachelor’s degree in Kinesiology and Dance, with the hopes of becoming a physiotherapist for dancers. Jade is thrilled to be a part of the BE team; she can’t wait to share her passion for dance and inspire the next generation of artists.